skip to main | skip to sidebar

Tensions seem to have cooled with North Korea.  Has Un retreated to the misty mountains from which his father sprung?  China told them to cool it?  The article notes that it's "planting season." I assume it's because of his upcoming plans to build a miniature world, that he can then smash But The Un-Zilla is a conundrum, wrapped in an enigma, with a chewy riddle coating.  (Mini sized, of course).

My suspicion is that DC/Beijing have reached out and stuck a pacifier in them quietly and said, yes, we will send you food in a few months, if you just SHUT UP now so it doesn't look like quid pro quo.

And if you DON'T, China will not let you work in our factories, and all those bags of food you that say "USA"?   The ones you tell your people are tribute?

Yeah those.  I hope they are edible. 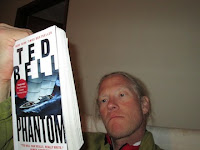